A Case for the Good Stuff 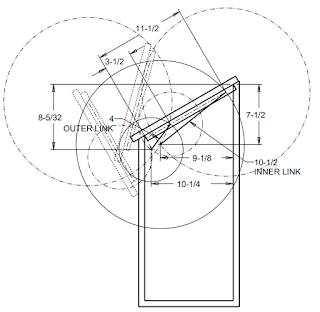 When I first heard the TED talk "Embrace The remix" it struck a chord, because I could see it so much in my life. At times, I've been told I'm "creative" yet I often feel the thing I've done (take this thing from here, and put it over here) not really creative, but rather as the big purple guy says... inevitable.

I'm a terrible blogger. I'm infrequent and I have not very good writing skills, stemming from my preference for the STEM over liberal arts in school. (What draftsman/engineer hopeful in the 90's would have guessed so much of our careers would be writing letters [email] instead of technical work?) Still, I've found I'm not very much of a procedural blogger. I need to frame a project in some sort of narrative (i.e. a meta comparison of this project being a remix.) I've started this post numerous times in the last couple years but just lose steam in trying to figure out some unifying theme for me to write. There are so many similar DTC out in the world and wasn't exactly sure what I would be adding to the conversation.

I mean I do, it's the lid; that's the splashy obvious thing that's different. (There are other things.) The path to this piece of tool storage is more involved than just the lid along the way. Not simply encompassing making a literal case for protecting the stuff, but also making a logical case for having the good stuff in the first place. Still, in the interest of not becoming the recipe blog that never just gives you the stupid recipe, the first pic in this blog should be all you need to know about making your own tilt forward lid DTC.

As you chose to read on, hopefully the timeline path that follows illustrates what would inevitably lead me to this design:

Some things to note if you intend to replicate the lid (which I think is worth it.)

While the novel lid gets all the attention, there are a few other features that I incorporated in my chest(s) that fit my application and might be useful as well.

As a remix, I borrowed from here and there to make something fresh and tailored to my specific taste. In my opinion, the better samplers acknowledge the influences they borrowed instead of blatantly taking credit for things, so hopefully I've done the same. In the end, I want to encourage you to try your hand at whatever crazy idea you might have associated with the form, it's a simple, quick, useful project and it would be useful to just about anyone for storing their stuff, flexible enough to allow a wide array of personalization, like hearing all the different ways people might cover a favorite song.