Woodworking in the Stone Age 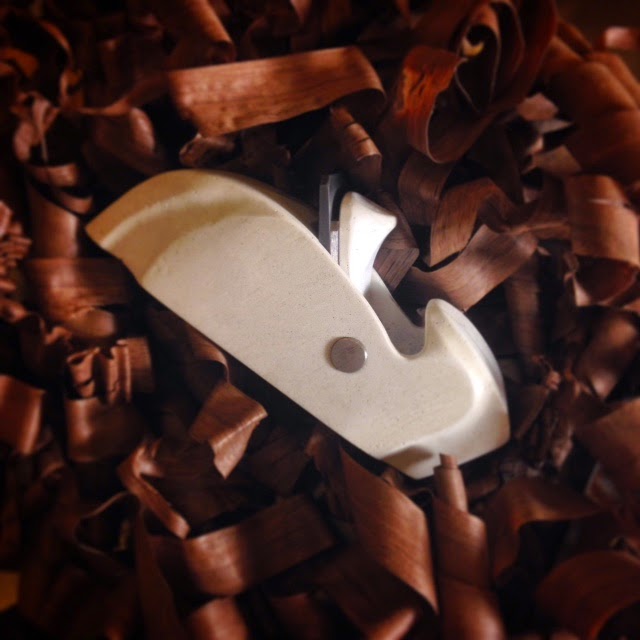 This is the follow up I had promised on the making and usage of the plane design I spoke of in the previous post. (better late than never)

Bottom line: I count this a successful design, experiment & tool, but don't think I'll be making/using solid surface material again for a plane. I just don't enjoy the process. I'd like to make the same body in wood sometime though.

If a potential planemaker was already tooled up for working the stuff with a CNC router per the cabinet shop norm, they could come up with some straightforward paths and offer a nice line of smoothers with their scraps, with a pretty minimal investment of effort. The material is very dense, and feels nice.

I'm not planning on detailing the process, but have included photos of steps along the way. If you have a specific question, just leave a comment. Most everything was done using 4 tools table saw, pattern cutting router bit, stationary belt sander, and drill mounted drum sander. 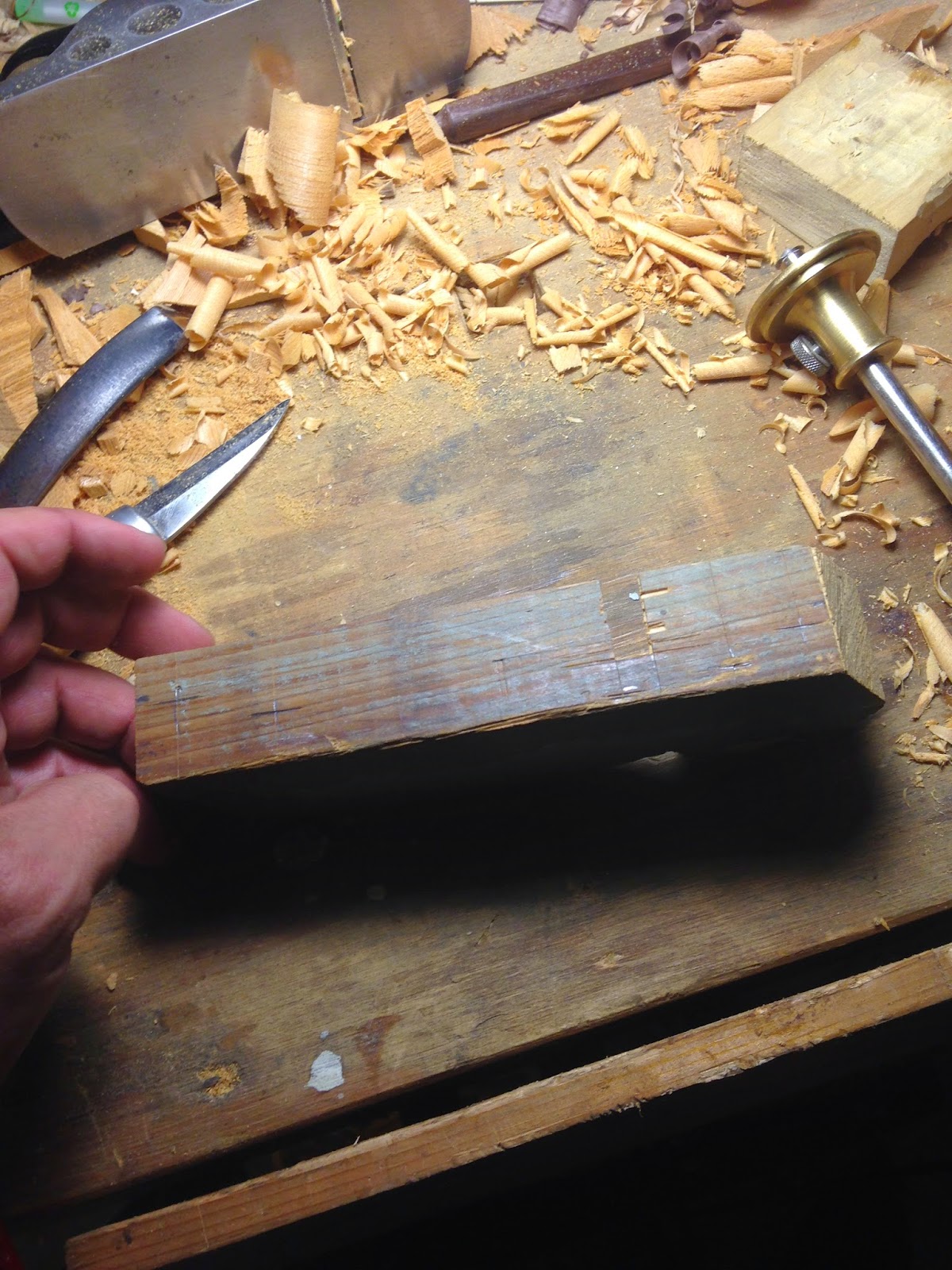 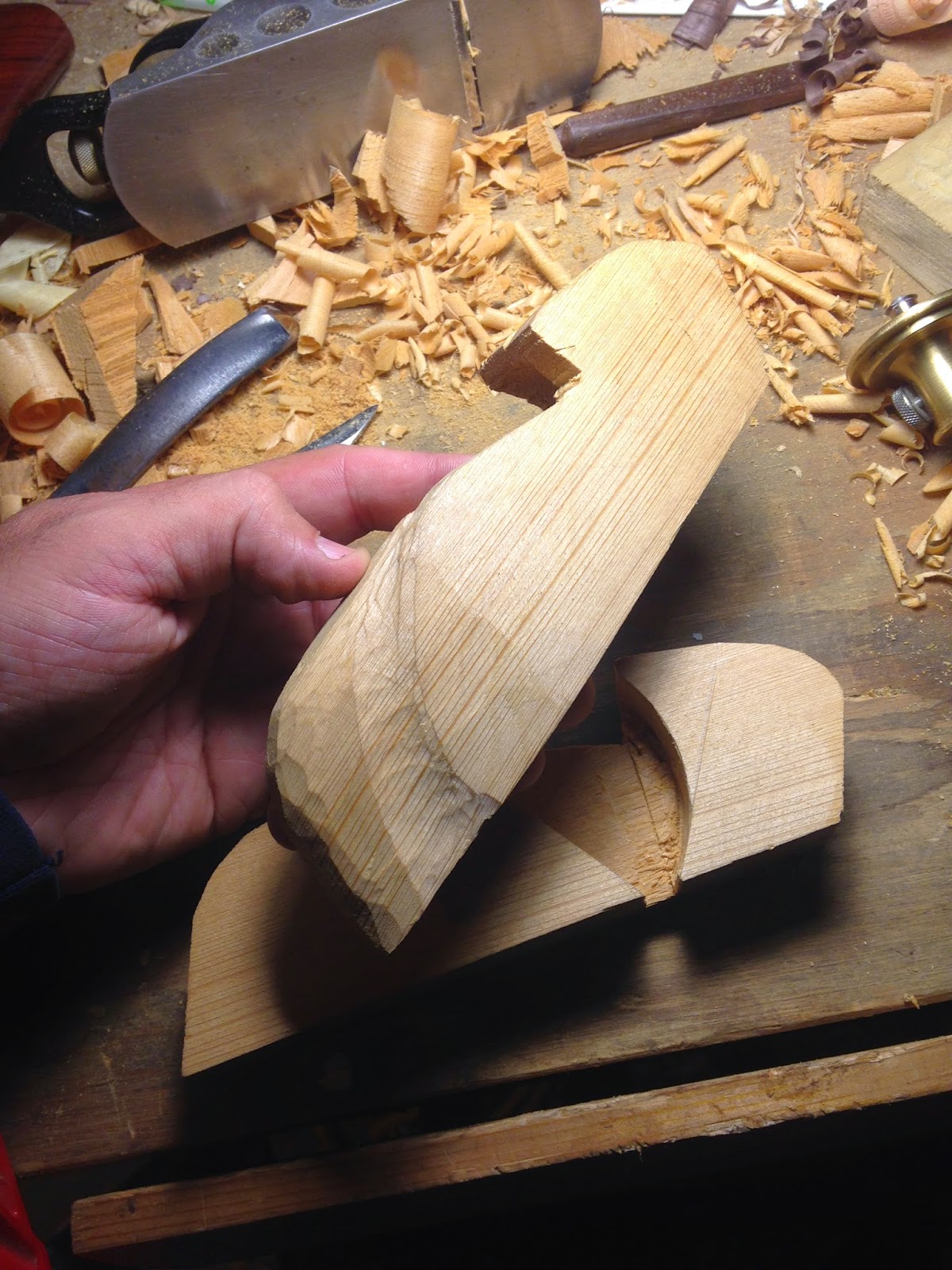 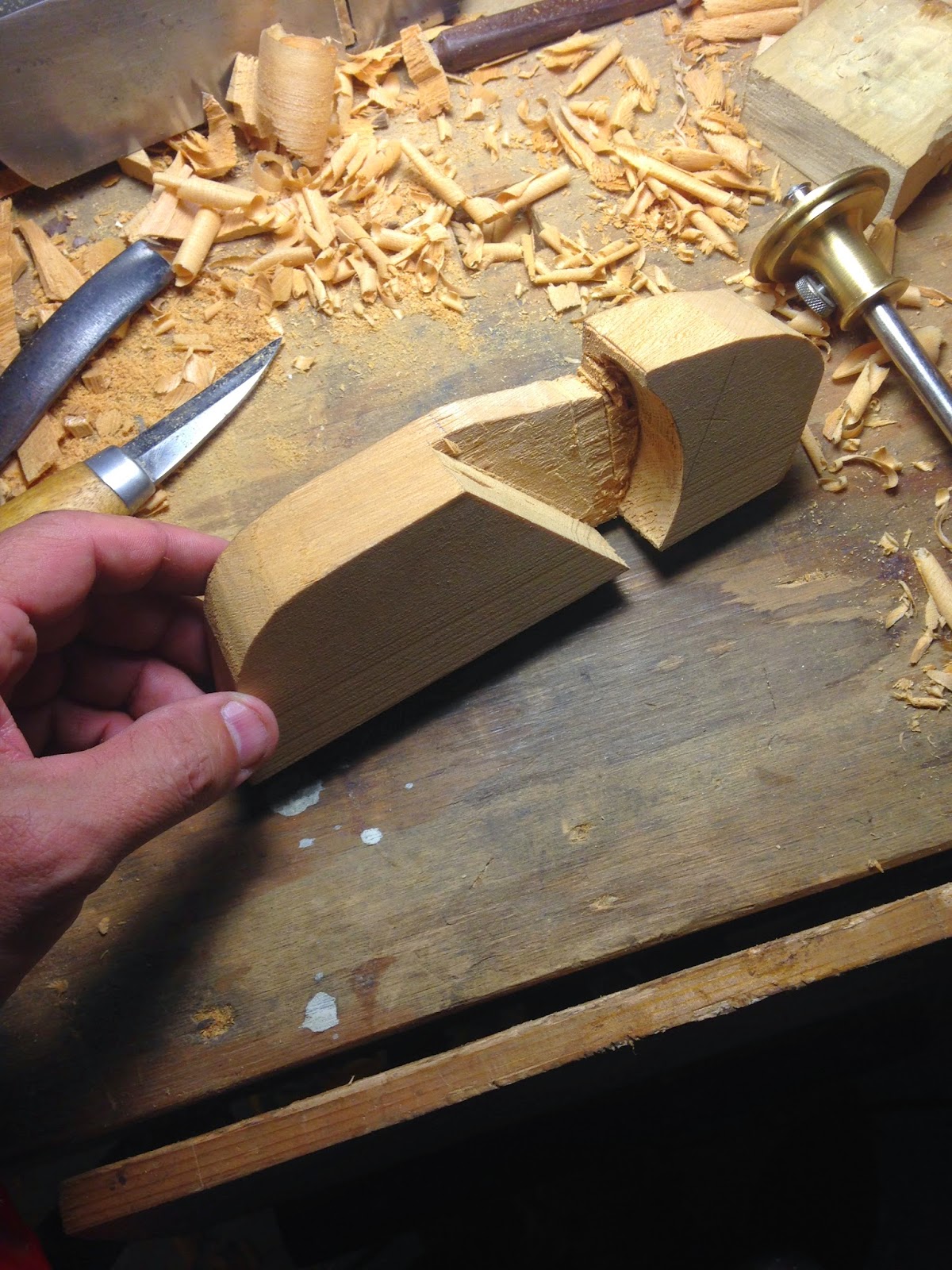 Prior to this build, I made a prototype in a block of Cyprus. I really like the two halves method of plane making. I think this has a lot of potential.

This project was 80% about the materials, so it's no surprise that this is where I have the most to say. 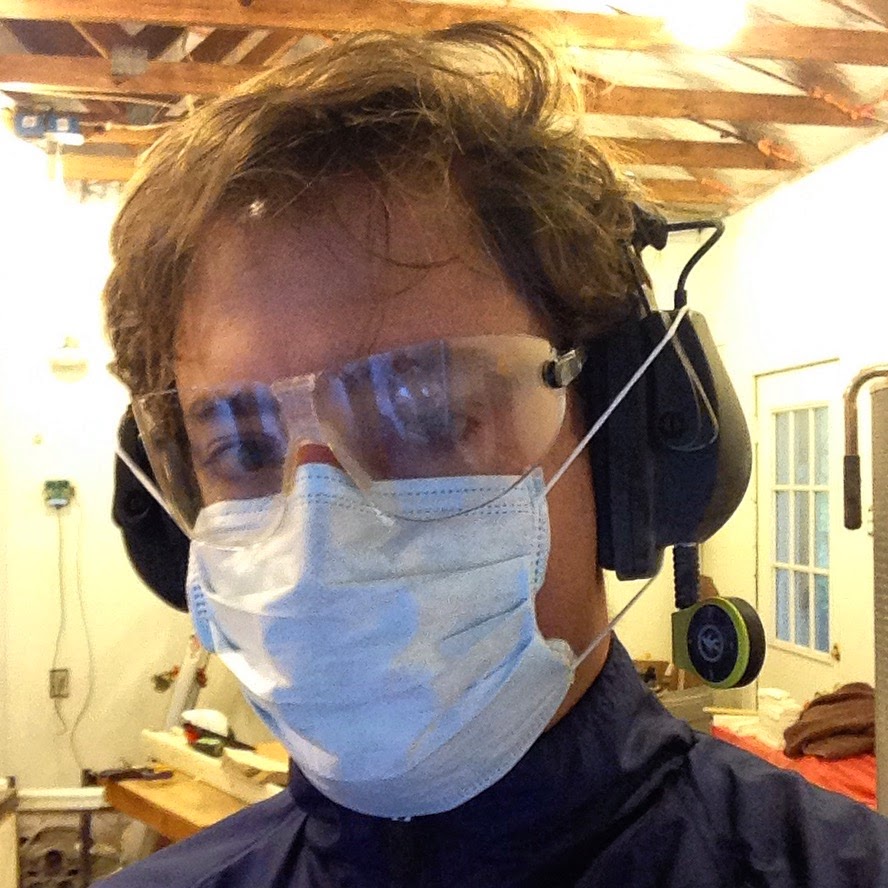 Since only the bed and sole are flat in the end, careful layout and operation sequencing was important to make sure that the needed work could be done to keep things symmetric. 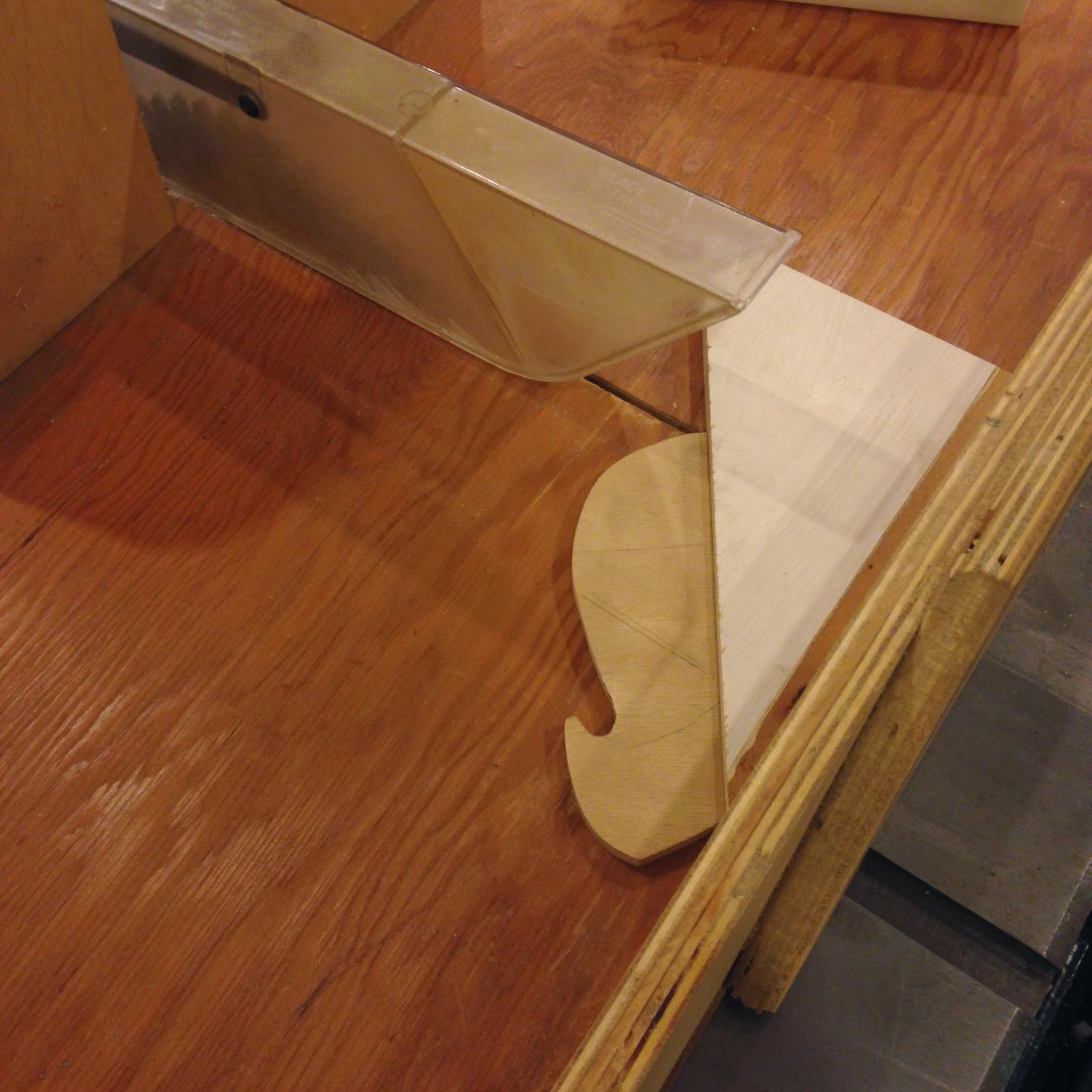 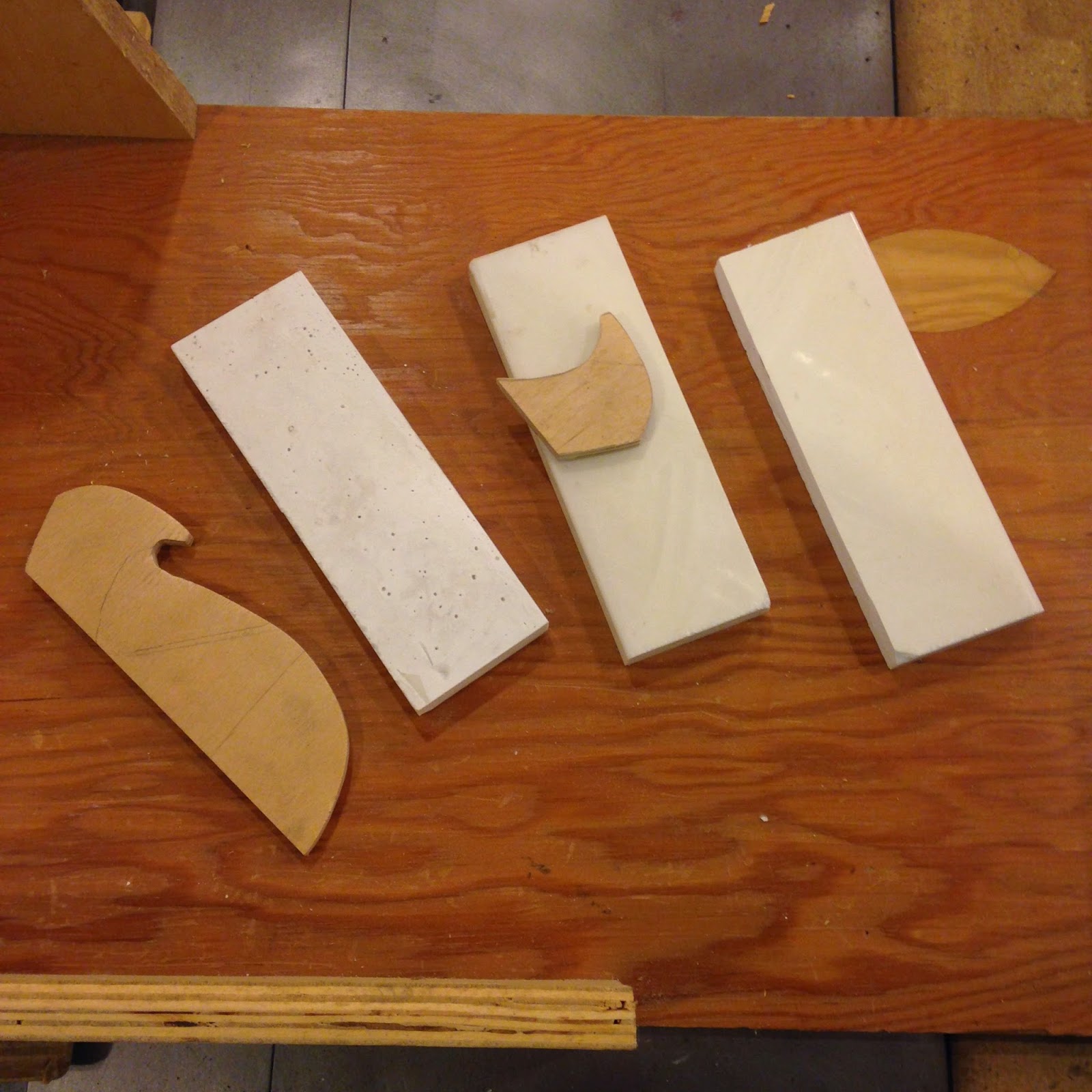 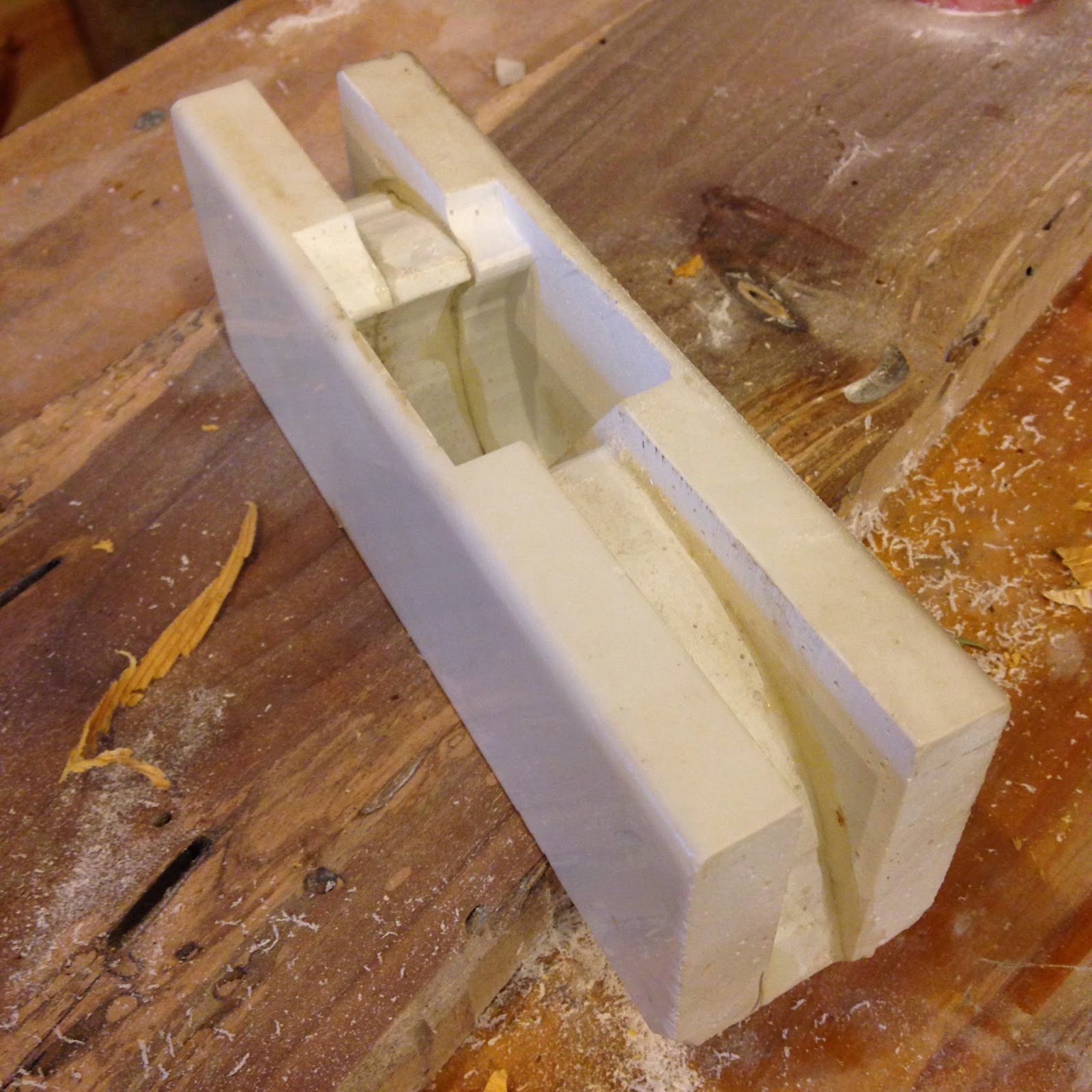 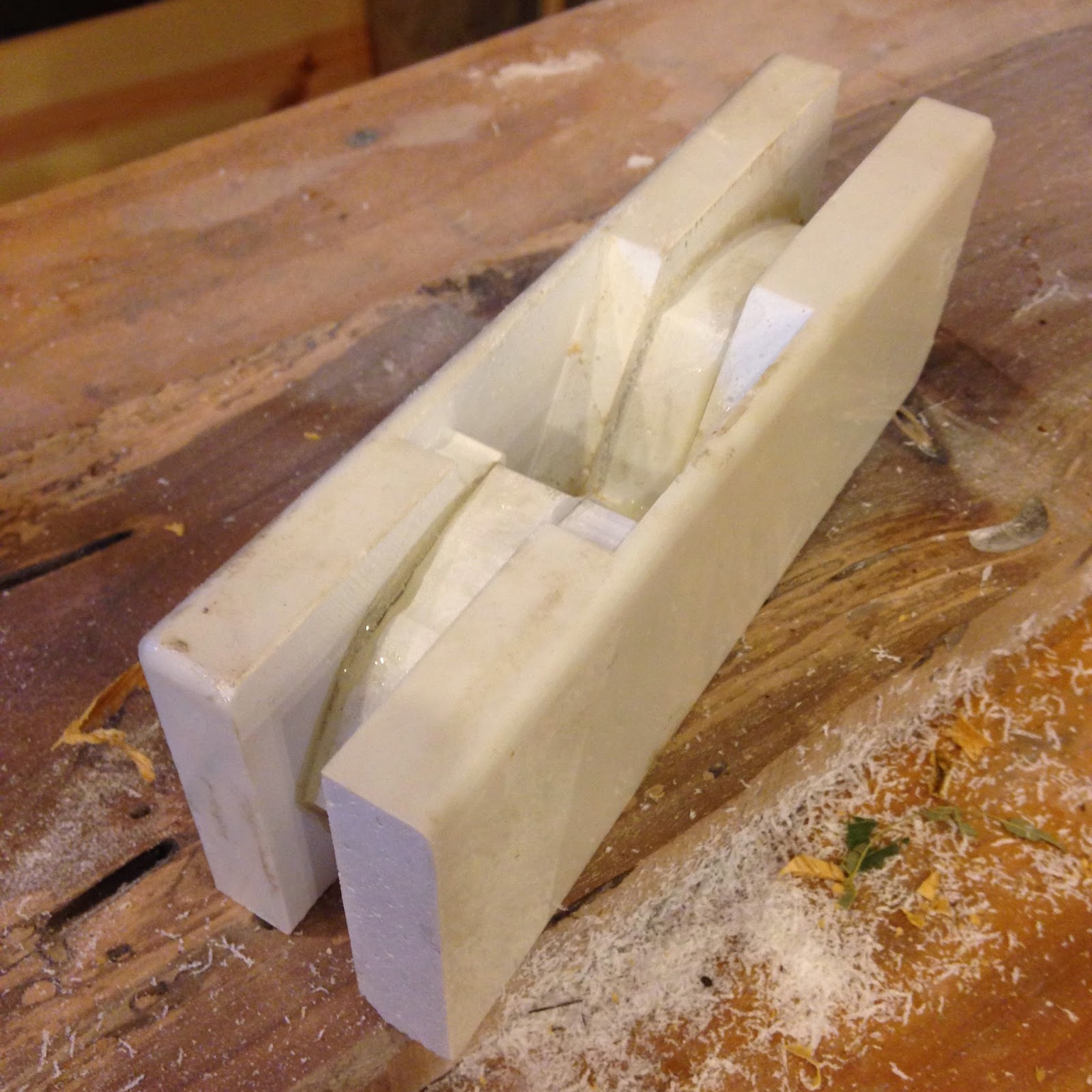 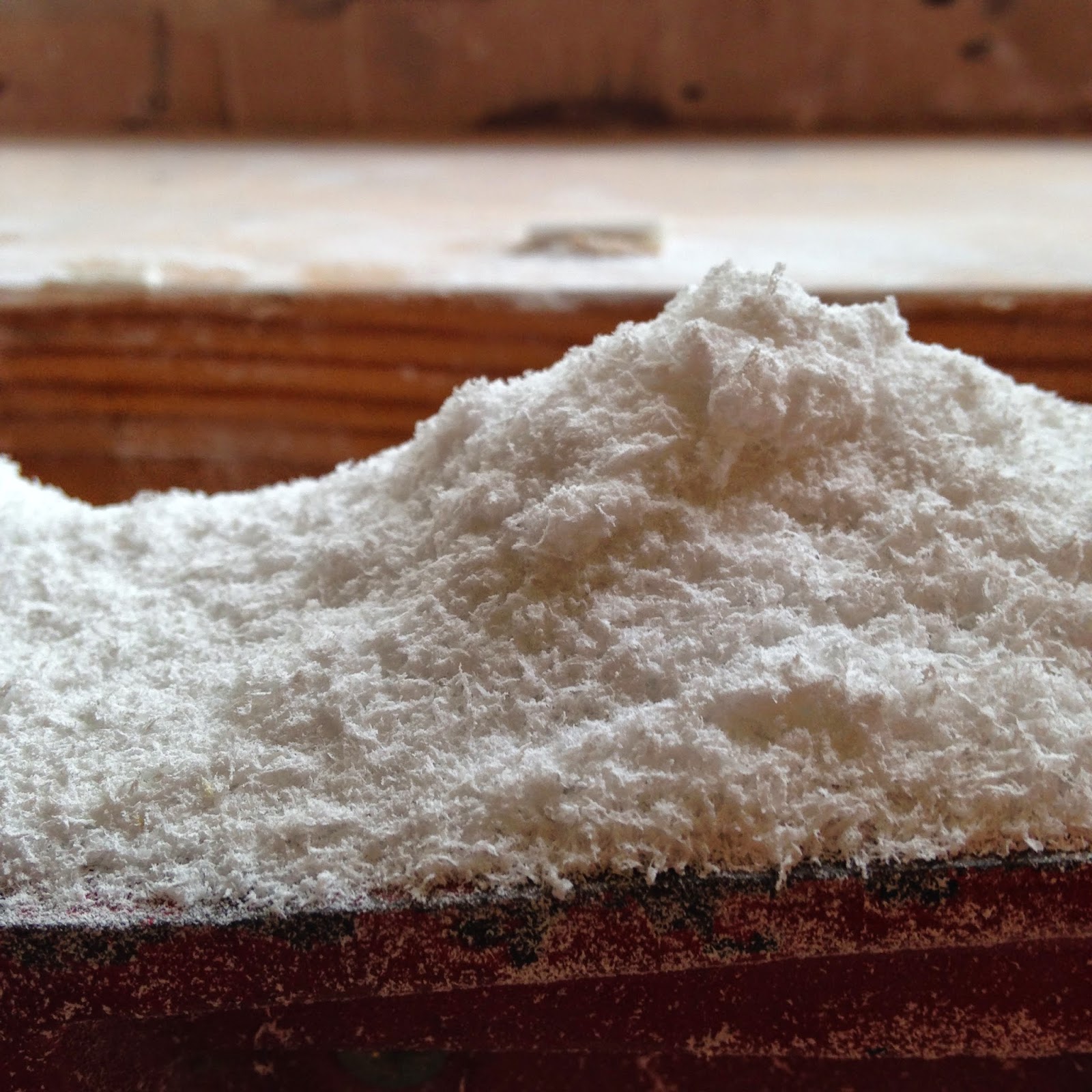 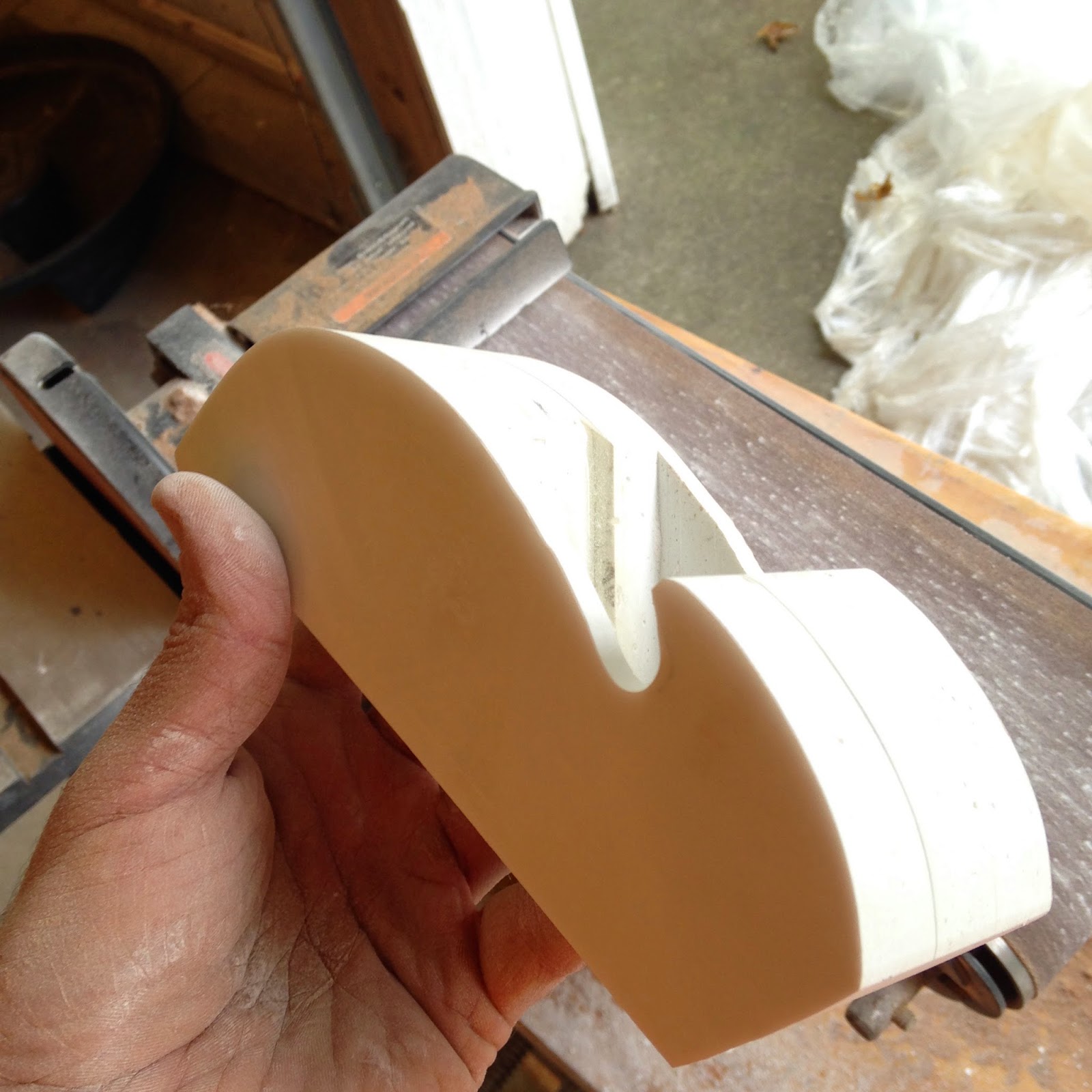 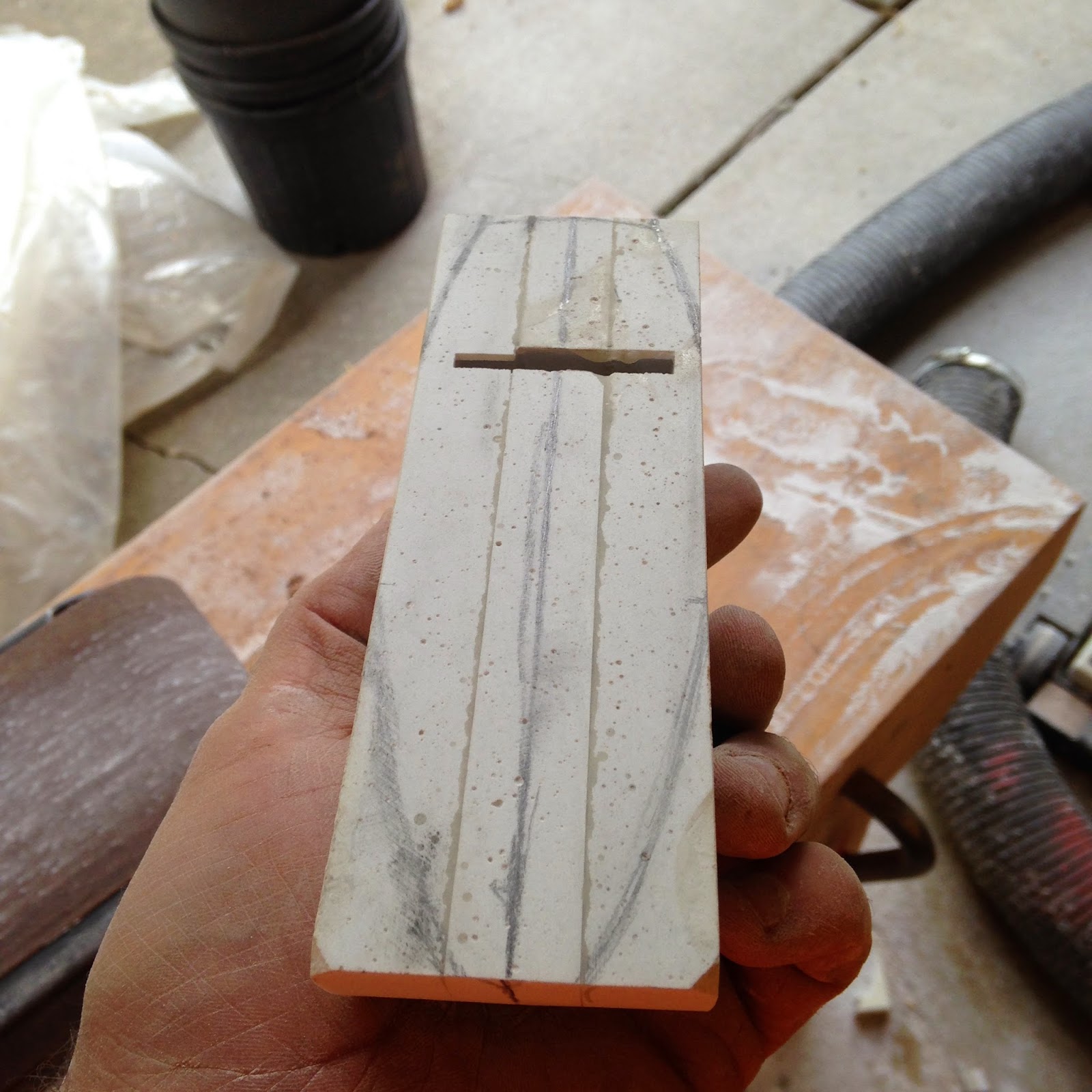 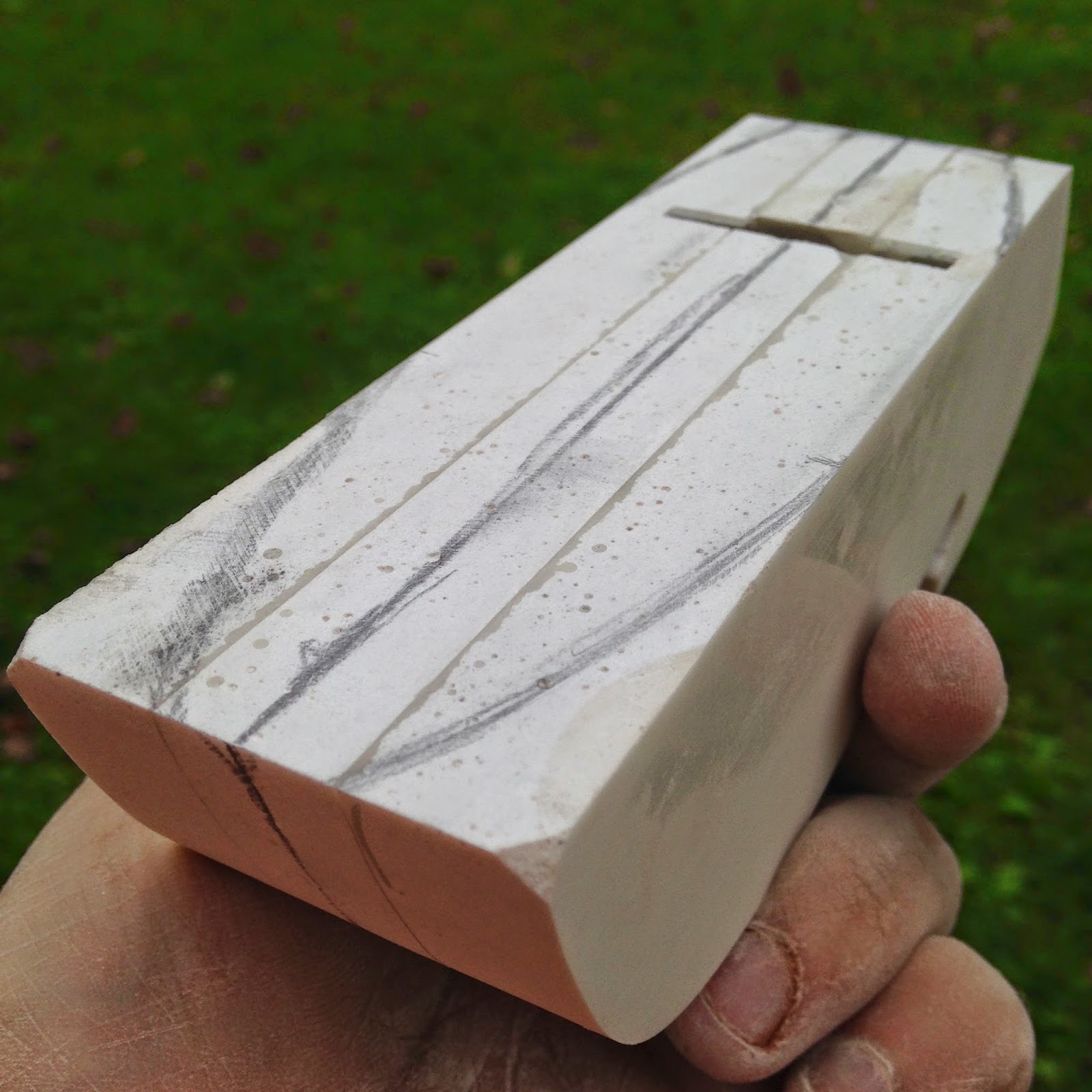 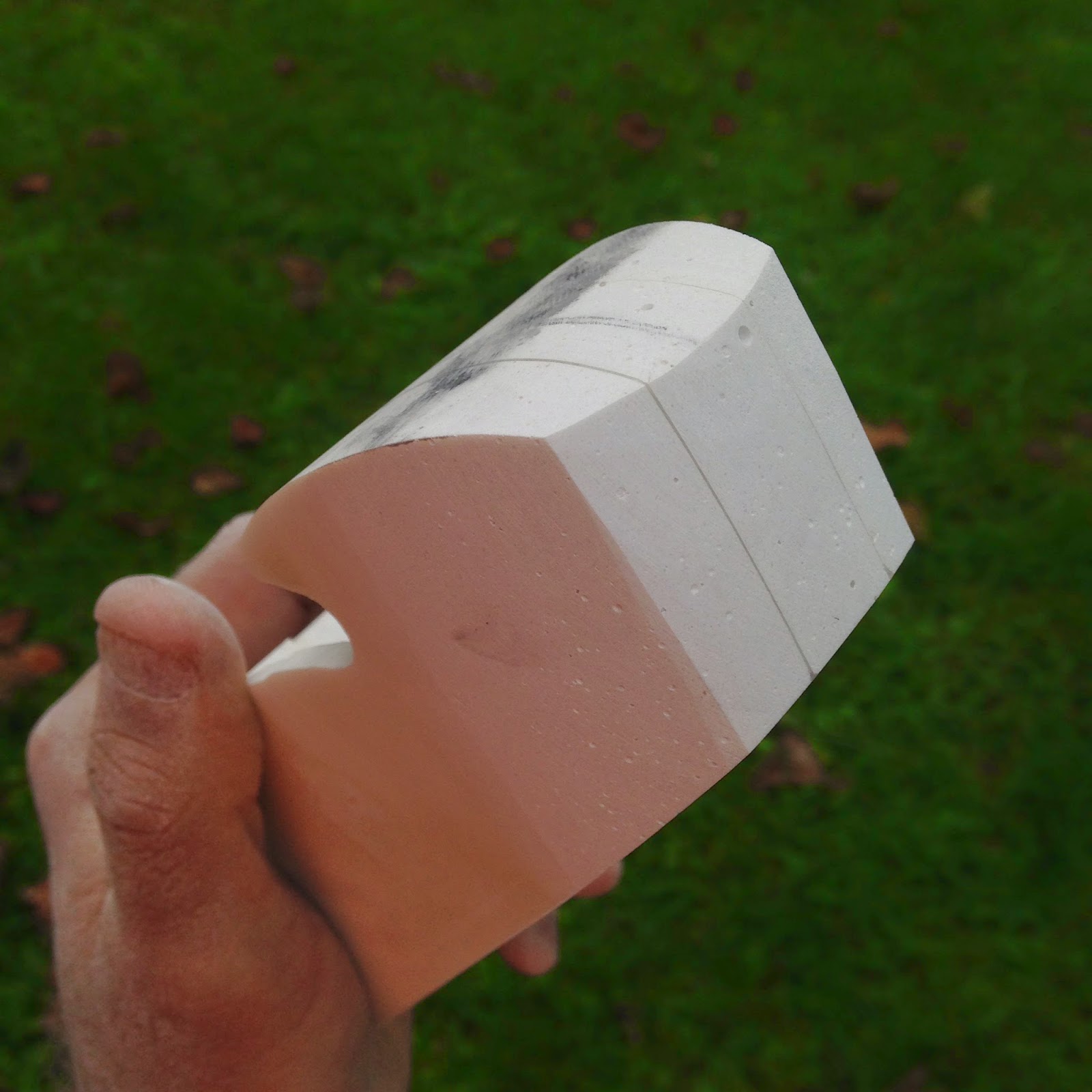 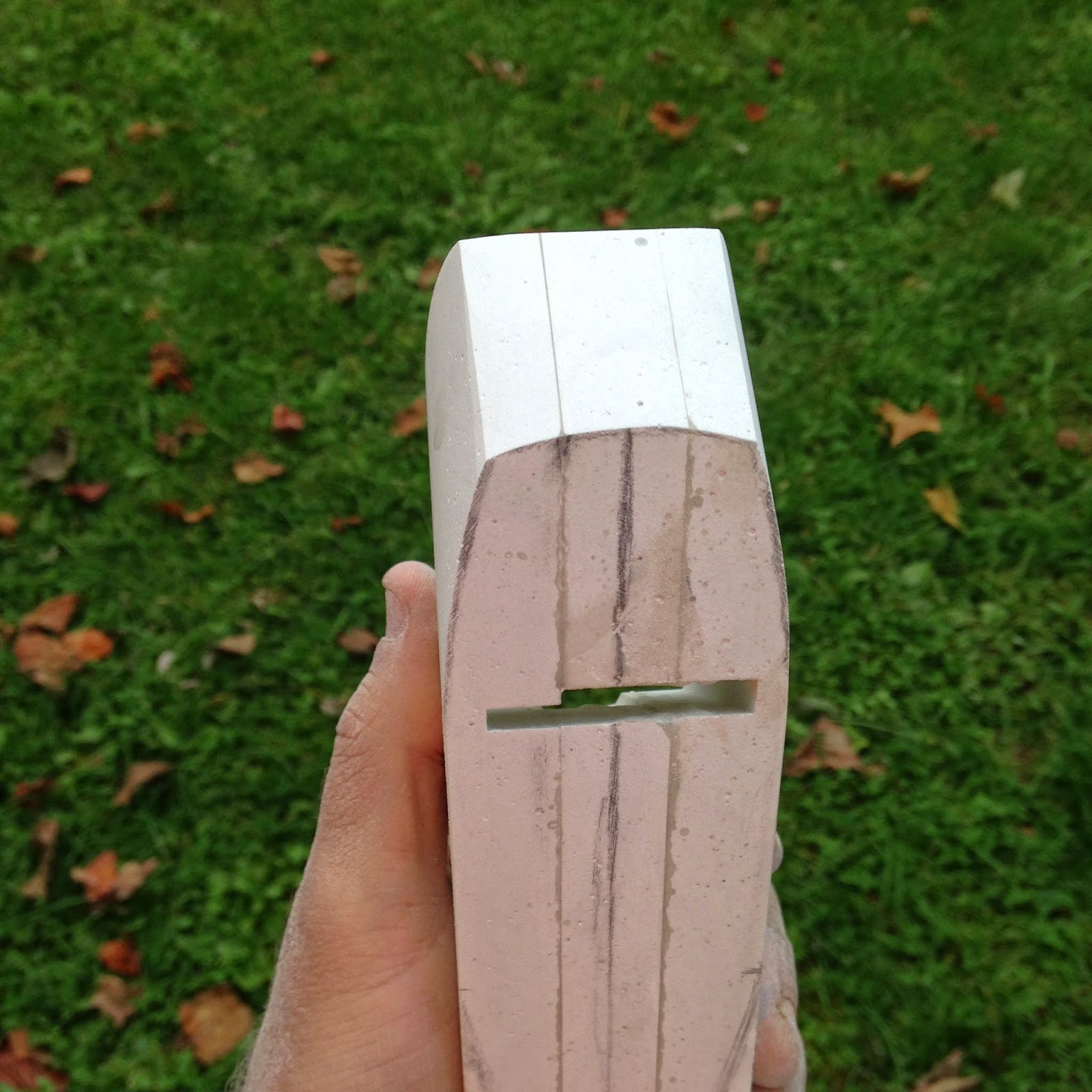 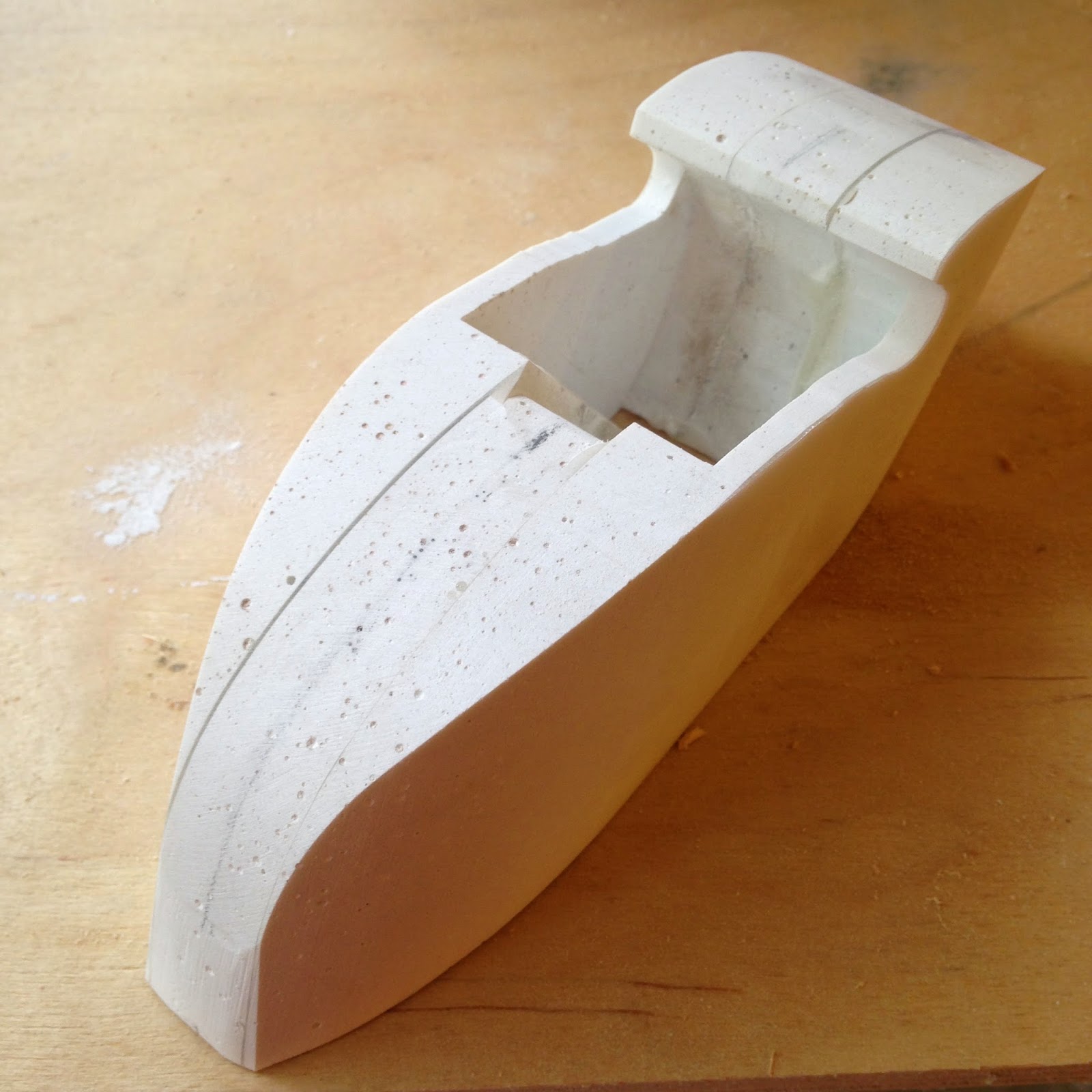 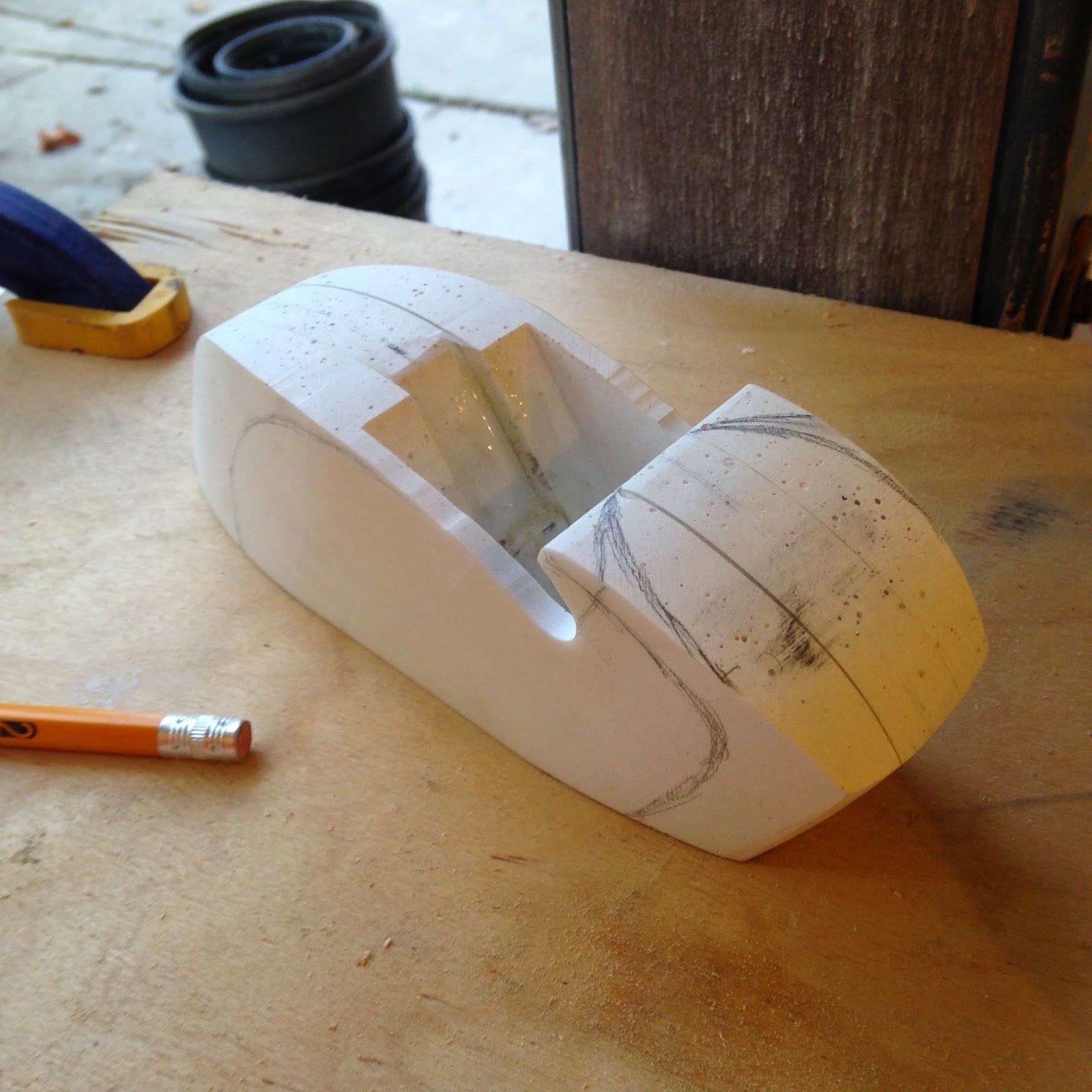 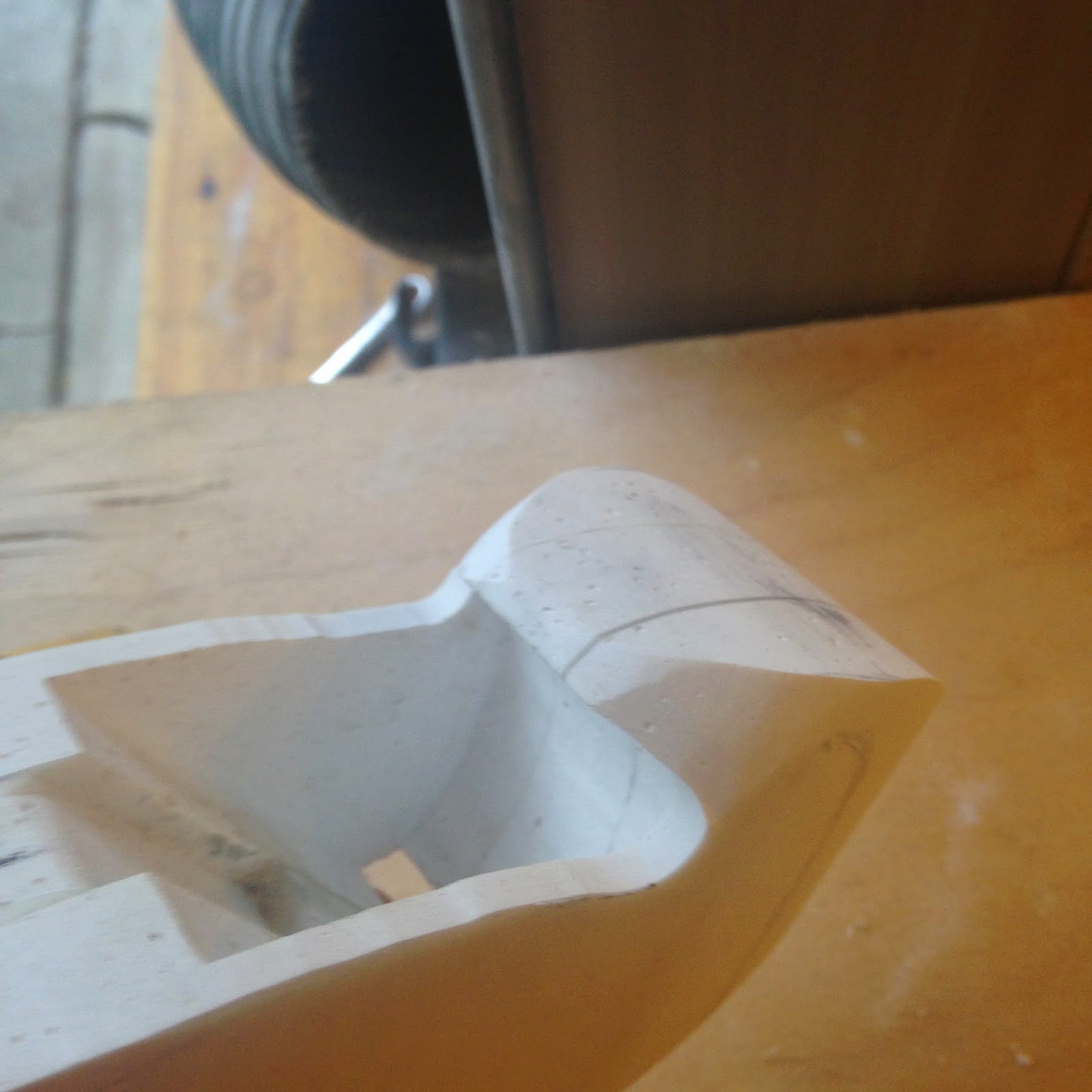 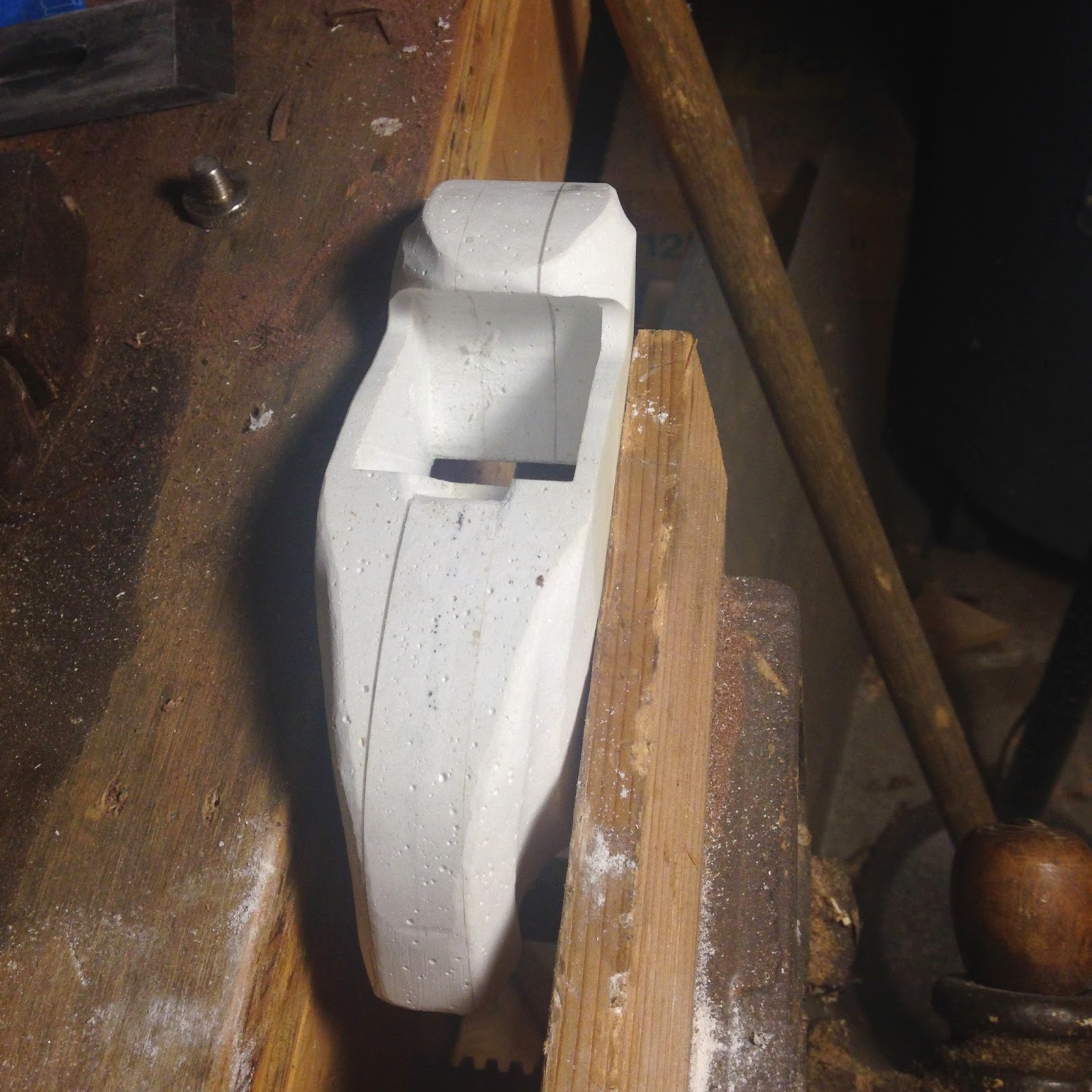 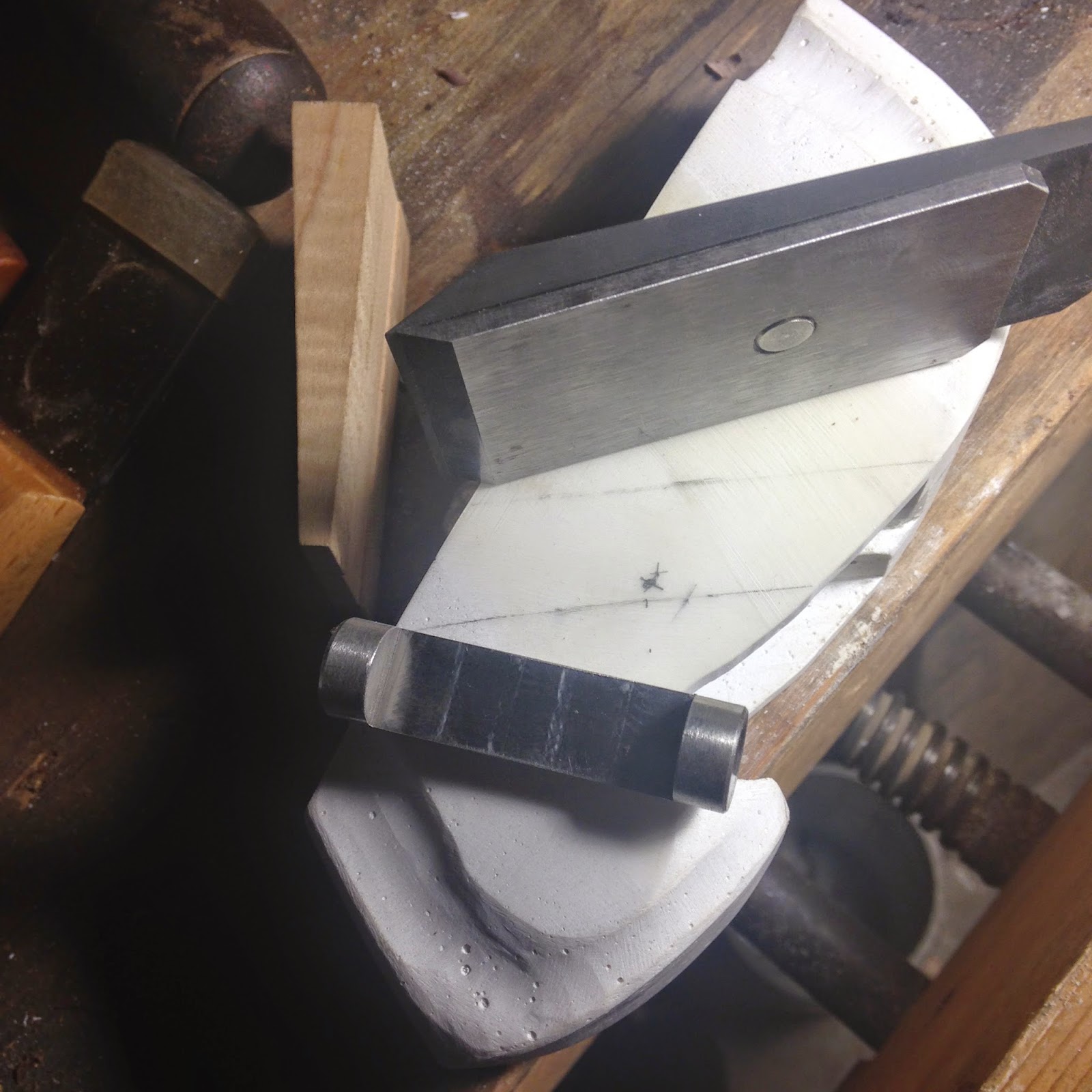 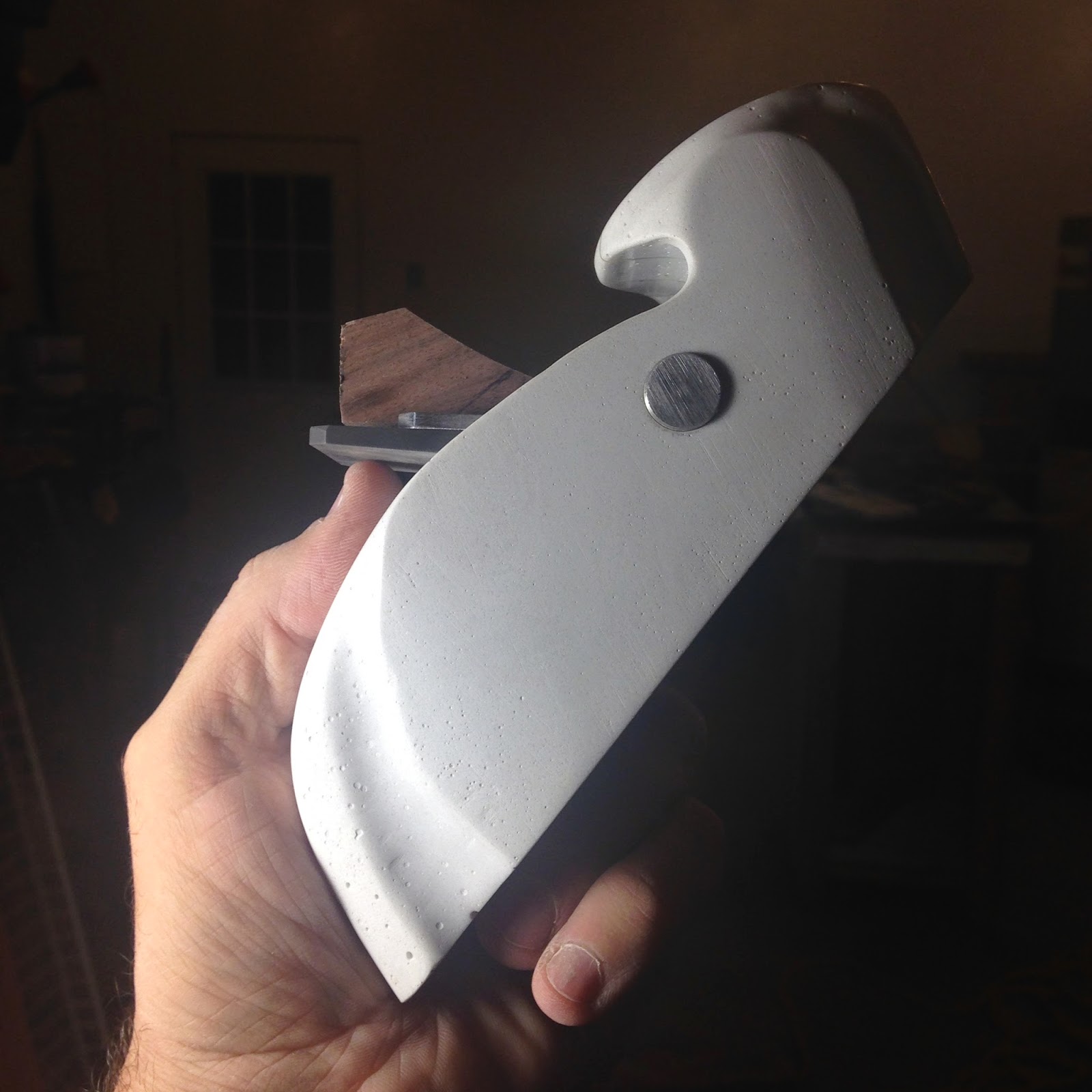 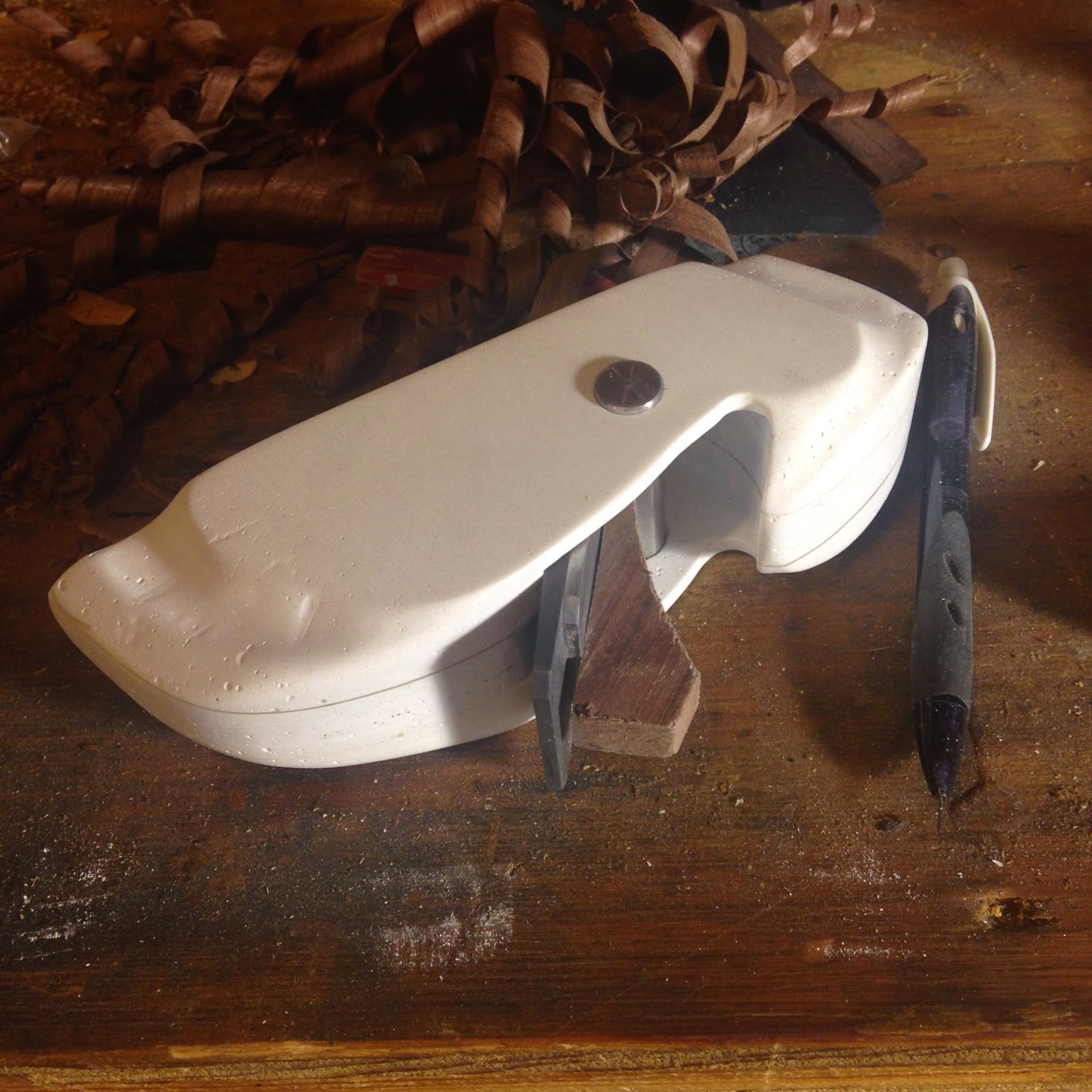 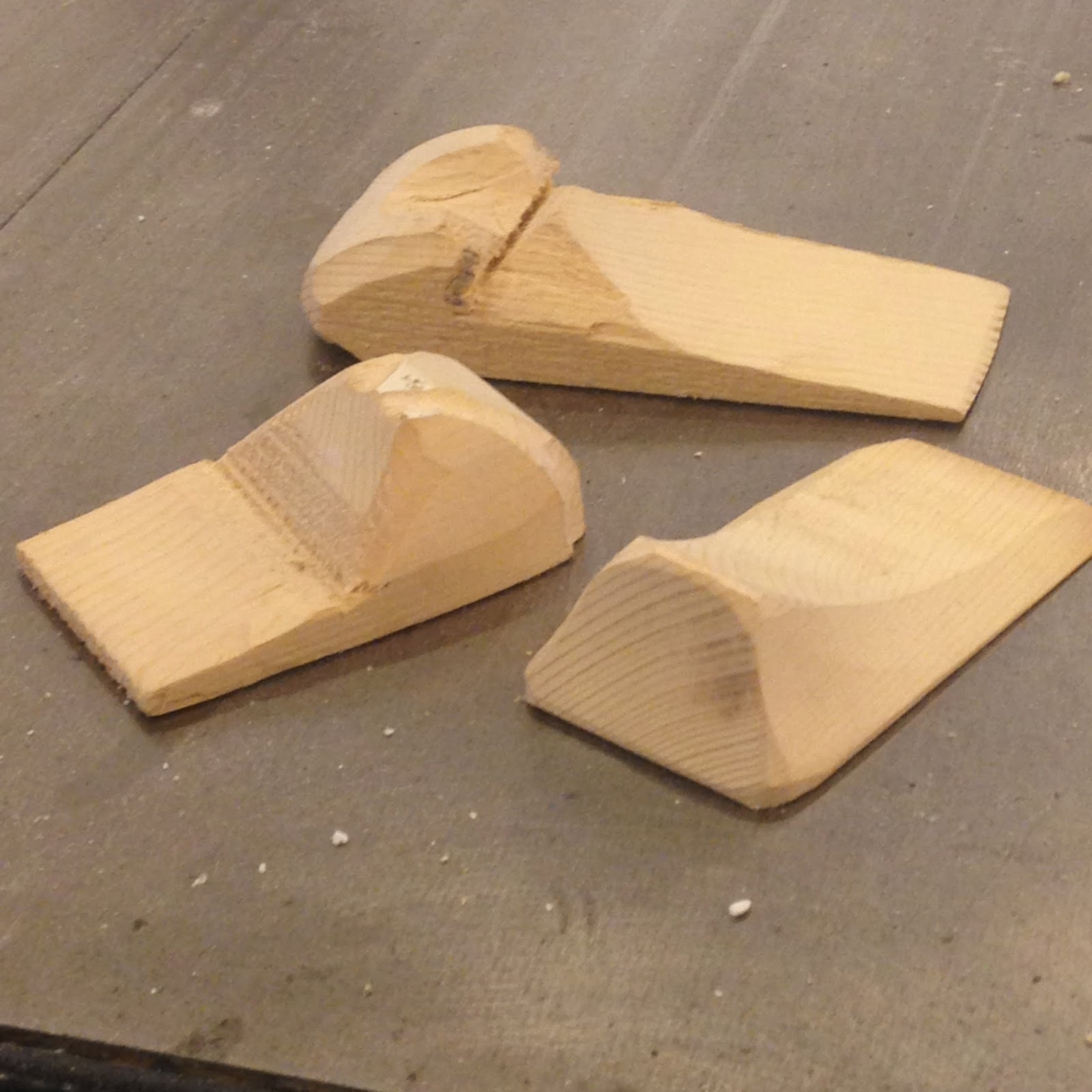