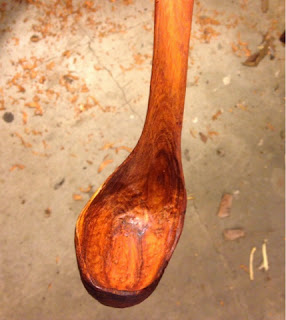 Like many woodworkers, I think about woodworking ALL. THE. TIME. I sketch projects during meetings, read about it in nearly every free moment and think about how I might prefer taking my vacation time completing a project, instead of a "lame" trip to the beach with the family. Still, I often find when I have some time, visiting the in-laws or on vacation, I can't have a bench & tool chest. Vice versa where I have tools (at home) I'm often busy with the mundane aspects of life. Jonas seems to handle this effectively by taking a small set of tools on-board when on assignment. Forking my woodwork in other direction, spoon carving may allow me to scratch this itch while away from the shop.

How I got here should not be a surprising, but there was a series of events that made me finally get off my butt and try spoons. 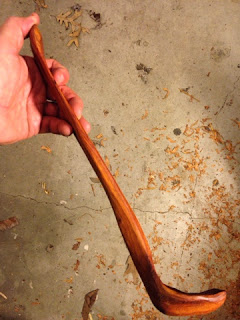 Don't give me problems! Give me solutions!

This project was just as much fun as Follansbee makes it look. I'm glad I gave it a shot with the tool set I had. Now I feel like it's worth a little investment into some green wood tools, confident that I'll use them. I can really see that I may be able to rough out a spoon and then throw the blank and a couple knives into a (checked) bag and have a really fun thing to sit and do on vacation (I'll probably leave the axe at home though...) 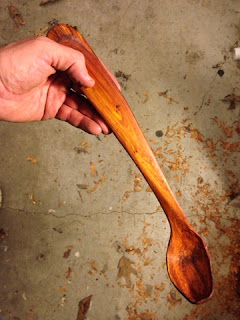